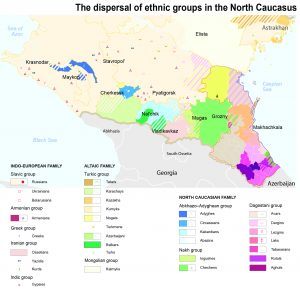 Private enterprise is a major driver of socioeconomic development in the regions of the North Caucasus. The inventiveness and hard work of the local population, its responsiveness to the changing market situation have fostered prosperity in some of the region’s households. This especially stands out during visits to the republics of the North Caucasian Federal District (NCFD), where the local initiative favoured the appearance of various types of commodity production, both in the sphere of agribusiness and in small manufactories. However, it is not possible to talk of sustainable development in the region: success stories involved primarily private backyards, smallscale production, or the service sphere and they have not transformed into regional development. The region counts among laggards in the Russian Federation and stands out, at the same time, as a large-scale shadow economy. The problem of providing it with a socioeconomic and political future remains open. This paper maps successful private-enterprise economic projects in the NCFD. It focuses on the causes that hinder the expansion and viability of modernisation processes in North Caucasian society and emphasizes their noneconomic nature. It shows that the universal mechanisms of socioeconomic development are insufficient to solve local problems. Tailor-made strategies are required, involving not only investments and institutions but also measures of indirect influence resting on shared values. In conclusion, the paper provides recommendations that (in the authors’ opinion) could help overcome the gap between the economic and sociocultural modernisation of society, thereby facilitating the development of the North Caucasus.

Read the full version of the working paper.