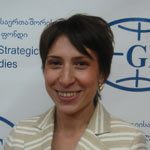 The purpose of the study is to examine the relationship between the Georgian state and its ethnic Armenian minority community of Samtskhe-Javakheti. Specifically, the article considers Georgian State’s approach to the national question involving challenges of the state building efforts in the context of ethnic diversity and democratization, current issues and challenges hampering socio-political cohesion on the background of existing preconditions and legacies of 90s and 2000s. It examines conflicting threat perceptions from majority and minority leading to considering minority question through the prism of national security rather than human rights from one side and from another viewing a State as a source of threat vs. provider of security.

In addition the article discusses regional dynamics in the South Caucasus, divergent integrative projects of the region translated into different foreign policy priorities and domestic reform processes of the three South Caucasian States and how these diversities influence minority communities. Role of a formal imperial master and soft power it exercises on the post-soviet space on the background of the changing international environment is also touched upon having influence on existing conflicting threat perception of the remote province of Javakheti and hindering nation-and hence state building process. Read the full version here: CASCADE_Paper_Eka_Metreveli