The External Expert Council members are:

Bayram Balci holds degrees in political science and in Arab and Islamic studies from the Political Studies Institute of Grenoble and Aix-en-Provence. He wrote his doctoral dissertation on Turkish Islamic movements and their missionary activities in post-Soviet Central Asia. Earlier in his career, he was a Jean Monnet post-doctoral fellow at the European University Institute in Florence and a scholar at the French Institute of Anatolian Studies in Istanbul. He set up the French Institute of Caucasian Studies in Baku, while researching on relations between the Chia and the Sunni Muslims in Azerbaijan and in Iran. From 2006 to 2010, he was the director of the French Institute of Central-Asian Studies (IFEAC) in Tashkent. Since 2012, he is a visiting fellow at the Carnegie Endowment for International Peace in Washington, D.C. Bayram Balci’s current research focuses on Islam and politics in the former Soviet Union and on Turkey in its regional environment (Central Asia, the Caucasus and the Middle East). 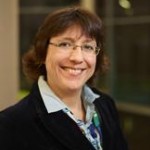 Tanja A. Börzel holds the chair for European Integration at the Freie Universität Berlin. She received her PhD from the European University Institute in Florence, Italy in 1999. From 1999 to 2004, she conducted her research and taught at the Max Planck Institute for Research on Collective Goods in Bonn, the Humboldt-Universität zu Berlin and the University Heidelberg. Her research focus and teaching experience lie in the field of institutional theory and Governance, European Integration, and Comparative Politics with a focus on Western and Southern Europe. She mainly concentrates on questions of institutional change as a result of Europeanization as well as on the diffusion of European ideas and policies within and outside of the EU. Since 2009 she has been leading the Kolleg-Forschergruppe (KFG) “The Transformative Power of Europe” together with Prof. Dr. Thomas Risse and she is project coordinator of the FP-7 research project “Maximizing the Enlargement Capacity of the European Union”. 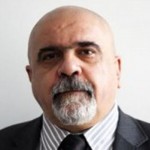 Alexander Iskandaryan is a political scientist, the Director of the Yerevan-based Caucasus Institute. His areas of study are ethnopolitical conflicts, post-Communist transformations and nation building in the former USSR in general and in the Caucasus in particular. He has published on the emergence of post-Soviet institutions, elites and identities; he has also conducted and supervised research on conflicts, migrations, discourses, media development and cross-border integration. 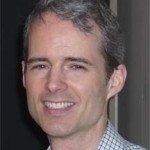 Bruce Grant is Professor of Anthropology at New York University. A specialist on cultural politics in the former Soviet Union, he has done fieldwork in both Siberia and the Caucasus. He is author The Captive and the Gift: Cultural Histories of Sovereignty in Russia and the Caucasus(Cornell UP, 2009), on the making of the Caucasus in the Russian popular imagination. He was co-editor of Caucasus Paradigms: Anthropologies, Histories, and the Making of a World Area (LIT, 2007) and The Russia Reader: History, Culture, Politics (Duke UP, 2010). His recent research has explored rural Muslim shrines as sites of the retelling of Soviet history in Azerbaijan, as well as reflections on the spectacular rebuilding of the Azerbaijani capital of Baku. He is a recent past president of the Society for Cultural Anthropology, interdisciplinary wing of the American Anthropological Association; and ASEEES, the Association for Slavic, East European, and Eurasian Studies.

Mary Kaldor is Professor of Global Governance at the London School of Economics, where she is also the Director of the Civil Society and Human Security Research Unit. Before the LSE, Mary Kaldor worked at the Stockholm International Peace Research Institute (SIPRI) and now serves on its governing board. She also worked at the Science Policy Research Unit at the University of Sussex. She has extensively published on human security, new wars and European security. 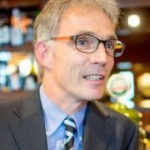 Dirk Lehmkuhl is Professor of Political Science at the University of Saint-Gallen (Switzerland). He achieved his PhD at the European University in Florence and was Senior Research Fellow at the Max Planck Institute for the Research of Collective Goods and at the Institute of Political Science at the University of Zurich. His research portfolio includes public policy issues of European Integration, European external governance, comparative regional integration and the legalization of international politics. He is academic director of the BA and MA programs in International Affairs and Governance. In 2011, he co-founded the Center for Governance and Culture in Europe at the University of St. Gallen.He is the scientific coordinator of the EU-FP7 project ISSICEU “Intra- and Inter-Societal Sources of Instability in the Caucasus and EU Opportunities to Respond” (http://issiceu.eu) 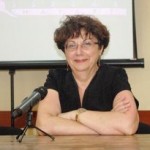 Claire Mouradian is Director of Research at CNRS and the Head of Department on Caucasus issues at Paris School for Advanced Studies in Social Sciences. She is a specialist in 19-20th centuries Armenia and social and political history of the Caucasus. She has extensively published on pre-Soviet and Soviet Armenia, as well as on the Armenian genocide. 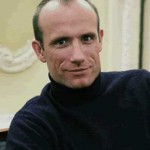 Stefan Wolff is Professor of International Security at the University of Birmingham, UK. A political scientist by background, he specialises in the management of contemporary international security challenges, especially in the prevention, management and settlement of ethnic conflicts and in post-conflict stabilisation and state-building in deeply divided and war-torn societies. He has extensive expertise in Northern Ireland, the Balkans, and the former Soviet Union, and has also worked on a wide range of other conflicts elsewhere, including the Middle East, Africa, and Central, South and Southeast Asia.