The GFSIS is an independent, non-profit organisation dedicated to improving policy-making through research, analysis, training, and public education, in national security, economic development, state-building, and European and Euro-Atlantic integration. Its fellows publish widely and advise the Georgian government and its partners. GFSIS’s projects’ alumni are influential throughout the Georgian government and civil society. It provides practice- oriented research aimed at effective policy implementation in beneficiary institutions. GFSIS has considerable experience in implementing policy advice and capacity-building projects aimed at enhancing public policy decision-making culture. The Foundation’s activities, including conferences, publications, public discussions and training, are predominantly research-based and constitute part of a comprehensive integral effort under the wider good governance umbrella. 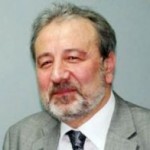 Kakha Gogolashvili, director of EU Studies at GFSIS, conducts research and policy studies in EU-Georgia Relations, conflict resolution and peace-building, the EU’s role in the conflict resolution in the Caucasus, EU policy towards the Caucasus, public administration reform in Georgia, the effectiveness of international aid to Georgia and EU assistance, etc. He will coordinate research conducted under WP5, supervise fieldwork and be responsible for output dissemination. Under WP5, he will also contribute to the Policy brief “Media freedom, ownership and functioning” (together with Tamar Chugoshvili). He will conduct research on EU-Caucasus countries relations (WP80) and perceptions of the EU in the Caucasus (WP9). He will participate in writing the policy brief: “The Caucasus and the EU’s Eastern Partnership’ (WP8) and the comparative working paper on “Images of the EU in the Caucasus” (WP9).

Dr. Alexander Rondeli, President of GFSIS (and research fellow, London school of Economics and Princeton University), whose studies focus on problems of state-building in the South Caucasus, relations between Georgia and Russia, globalisation and security strategies of the Caucasus, state-building in the post-Soviet South Caucasus. He will mainly contribute to the Work Package 5. He will study the role played by civil society (local NGOs, transnational NGOs, media) in controlling the agencies in charge of security enforcement in the Caucasus. He will contribute to the comparative working paper on “Oversight of the security sector by Parliaments and Civil Society in the Caucasus”.Dr. Merab Kakulia, economist, will study the influence of external actors from the point of view of their economic power and trade policy towards the Caucasus region (WP8). He will contribute to the working paper “International trade and the Caucasus” .

Dr. Ekaterine Metreveli, historian, will examine the role played by civil society (local NGOs, transnational NGOs, media) in controlling the agencies in charge of security enforcement (with special attention on police and the prison systems (WP5)). Under WP5, she will also contribute to a comparative working paper on “Oversight of the security sector by Parliaments and Civil Society in the Caucasus” (together with A. Rondeli and K. Gogolashvili). Under WP 7 she will contribute to identifying the key factors shaping patterns of violence and non-violent developments. She will also conduct fieldwork in the areas which exhibit conflict pre-conditions but have to date been conflict-free (e.g. the Samske-Javakhetia region in Georgia). She will contribute to WP7 policy brief “Ethnicity, Territory and Religion in Caucasian Conflicts”.

Tamar Chugoshvili (chairwoman of Young Lawyers Association, the largest Georgian watchdog) will conduct research on the fight against corruption in the Caucasus and author the corresponding policy brief under WP5. She will also contribute to the comparative working paper on “Oversight of the security sector by Parliaments and Civil Society in the Caucasus”. Finally, she will conduct research on the media in the Caucasus and contribute to the policy brief “Media freedom, ownership and functioning”.