The Institute of Geography is one of about 400 research institutes of the Russian Academy of Sciences. The plans of the Institute comprise studies in the fields of both physical and human geography, particularly the interaction between society and environment, regional problems and the territorial organisation of society, the features of Russian ethnic, cultural and political space and the pattern of Russia’s relations with neighbouring countries and the rest of the world. Problems of the North Caucasus and Transcaucasia (now called the South Caucasus) have always been in the focus of IGRAS research. Since the late 1970s, the Institute has participated in international projects on Caucasus in cooperation with the Mountains’ Group of the UNESCO MAB-6 Programme. During the 1980s, five to seven field groups worked in the Caucasus every summer. Since the early 2000s, research on Caucasus has resumed and embraced the main cities and some rural areas of Krasnodar and Stavropol regions, the republics of Karachaevo-Cherkesia, Kabardino-Balkaria, North Ossetia and Dagestan. 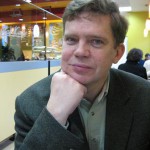 Professor Vladimir Kolosov is Head of the Centre of Geopolitical Studies at the Institute of Geography and Professor at the Moscow Institute of International Relations. Since 2012 he is also President of the International Geographical Union. His research interests lie in the fields of political geography and geopolitics, social geography, territorial identities and ethnic conflicts. He is the author of more than 350 publications, including the most popular textbook on political geography in Russia and about 80 papers in peer-reviewed journals published in English and French. Professor Vladimir Kolosov will coordinate WP4 and contribute to WP2, particularly on the conceptualisation of security in Caucasus by stakeholders, especially by Russia. Under WP5 he will investigate the relations between political institutions, security and securitisation in North Caucasus. He will contribute to WP7, particularly on the conflicts around Abkhazia, South Ossetia and Nagorno-Karabakh by investigating the intersection of localised conflict with the actions of ‘external’ state and non-state actors. Under WP8 he will analyse the impact of Caucasus conflicts on the Black sea region and on the attempts of non- recognised republics to diversify their relations with the outside world, especially with the EU. He will coordinate the interviews with local stakeholders in three regions of North Caucasus on their perceptions of the EU and their attitude to the EU role in conflict resolution (WP9). 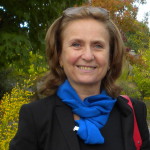 Olga Vendina areas of expertise are the socio-spatial effects of post-Soviet transformation and impacts of political change in Eurasia. She will investigate migrations from North and South Caucasus to Russia and analyse the questions of changing identities and xenophobia. Under WP4 she will participate in comparative studies and mapping of social development in North and South Caucasus. She will also contribute to WP7 by studying the impact of armed conflicts in both parts of Caucasus on adjacent regions.

Dr. Olga Glezer works on social and population geography, urban and rural settlement patterns and local self-government. Since the early 1980s, she has paid special attention to studies in the North Caucasus, in particular field studies in Kabardino-Balkaria, Dagestan and some parts of Krasnodarsky krai. She will be one of the main contributors to WP4, particularly as expert on social and population geography, urban and rural settlement patterns. She will also contribute to WP2 and WP5 as specialist in local self-government and the administrative-territorial division of North Caucasus. She will participate in field studies and in the dissemination of scientific results in Russia (WP10). She will coordinate the interviews with local stakeholders in three regions of North Caucasus on their perceptions of the EU and their attitude to the EU role in conflict resolution (WP9).