CREES was established in 1963 and is an interdisciplinary social science-based area studies department with expertise in the USSR successor states, Central, East and South East Europe. In 2003 the Centre was awarded ‘6*’ status for its sustained research excellence by the Higher Education Funding Council for England, the highest possible ranking (and the only Russian and East European Studies department to have achieved this status). CREES has particular expertise in politics, international relations, political economy and social anthropology in Russia and the USSR successor states. It has close policy support links with the UK Foreign & Commonwealth Office and other government agencies, and is also able to draw on research expertise at Birmingham in the Department of Political Science and International Studies (POLSIS), the International Development Department and the Institute for Conflict, Cooperation and Security. 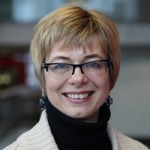 Dr Kataryna Wolczuk, Senior Lecturer at CREES, has been pursuing two interrelated research strands. First, relations between the EU and the post-Soviet states in the context of the ENP and the Eastern Partnership; second, regional integration in the post-Soviet space (with particular reference to the Customs Union). These research strands are reflected in two research grants won from the ESRC: the international project EUIMPACTEAST – Exploring the Impact of the EU on Domestic Change in the Post-Soviet States; Eurasian integration is a examined in the 3-year interdisciplinary project ‘Russia and the EU’. Kataryna Wolczuk will act as University of Birmingham’s coordinator for the project. She will contribute substantially to research and publications under WP9 on “Perceptions and Roles of the EU in the Caucasus”.

Dr Derek Averre is Senior Lecturer and former Director of CREES. His research interests include Russian foreign and security policy, arms control and non-proliferation issues in the USSR successor states. He has published widely on these topics and is a member of the editorial board of the journal European Security. He is coordinator of the University Association of Contemporary European Studies EU-Russia Collaborative Research Network. Derek Averre will coordinate WP 2 and be the main researcher for this WP. He will contribute substantially to investigating and (re)conceptualising, on the basis of extensive empirical research in the territories, the link between security and democracy. He will lead the work of WP2 researchers to synthesise the findings of other WPs. He will also play a key role in creating an intellectual bridge between actors across the region, including both domestic and external actors, to strengthen future EU external action policy. 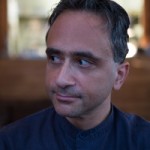 Dr. Kevork Oskanian obtained his PhD at the London School of Economics’ Department of International Relations in 2011; he has previously taught at the LSE, and at the University of Westminster.  He is a former editor of the Millennium Journal of International Studies, and a Research Associate at the Foreign Policy Centre, London; his research interests include, among others, regionalism, theories of international security, post-colonialism, and the politics of the former Soviet Union.  His latest publication – ‘Fear, Weakness and Power in  the Post-Soviet South Caucasus’ (Palgrave, 2013) – uses an expanded version of ‘Regional Security Complex Theory’ to build alternative scenarios for this restive part of Eurasia.  As CASCADE Research Fellow, Kevork will conduct an extensive literature review on the empirical and theoretical aspects of the democracy/security nexus, as well as contributing to the project’s overall conceptual framework 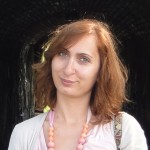 Dr. Nino Kemoklidze obtained her PhD from the University of Birmingham. Her thesis – “Identity and Violence: Cases in Georgia” concerned issues of nationalism and ethnic violence in Georgia, focusing on the cases of Abkhazia and South Ossetia. She is one of the guest editors and co-authors of the special issue on “Many Faces of the Caucasus”, Europe-Asia Studies (64/9, 2012) which was later published as a book by Routledge (2014). Some of her other publications include “Pipes and Wires” (with Stephen J. Collier, 2014) in Thrift, N., Tickell, A., Woolgar, S. and Rupp, W.H. (eds.) Globalization in Practice, Oxford: Oxford University Press and “The Kosovo Precedent and the Moral Hazard of Secession”, Journal of International Law and International Relations (5/2, 2009).

Nino will be substantially involved under WP5 and WP7. Under WP5, she will coordinate one of the deliverables, conduct research and provide conceptual support to the WP coordinator to study the link between political structures/democratisation and security issues/securitisation practices. Under WP7 she will conduct research on the root causes of tensions and conflicts in Georgia. 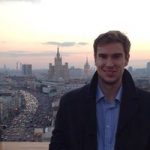