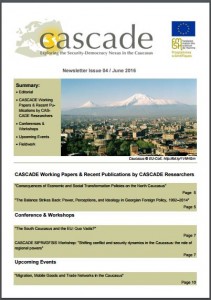 For the latest updates on CASCADE’s publications and events, take a look at our Newsletter:

If you are interested in receiving updates on our research activities and events, as well as future editions of this newsletter, we would be happy to have you subscribe to CASCADE’s mailing list. Just send an email to ilamour@msh-paris.fr.